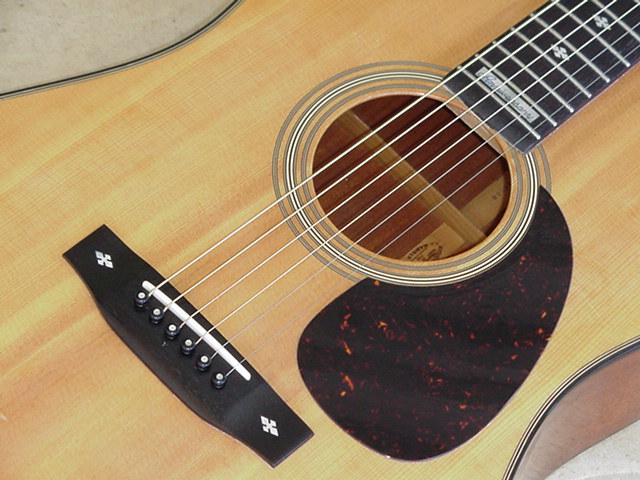 Laminated rosewood sides and 3-piece back with a contrasting often highly figured rosewood center strip. For example, models prior to are notorious for being difficult to play because of the neck set. From approximately to Back and sides laminated bubinga wood. Laminated brazilian jacaranda sides. Other twists for Gen II included a line of five Tokai-made electric solidbody guitars, and the first non-guitar — the SB-5 banjo. These 'spatula' shaped headstocks only lasted the first few years before taking on a more tapered appearance and shape while still in the early '70's. References Vintage Guitars Info: Laminated mahogany back and sides. DM-2, DM-3 Dreadnought's were the same as the next description of the DM-5 with the exception sometimes early models had different machine heads. These serial numbers are documented by C. Related Content. The early 70s models can be distinguished by a more squared peghead , shaped similarly to that of a "spatula. In , the bulk of production was moved from Japan to South Korea, where the line underwent a huge expansion. Truss rod adjustment location is on peg head at nut until The database provides reliable information about the guitars.